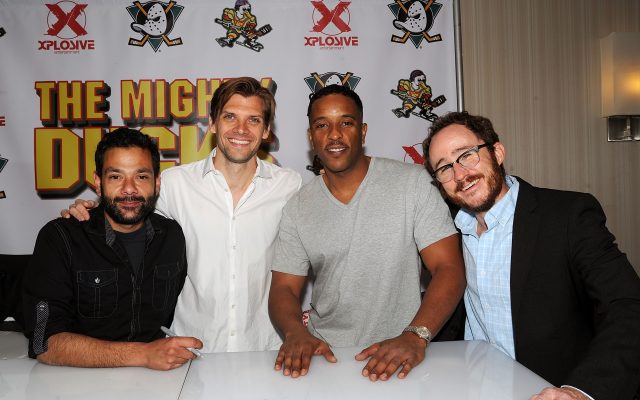 When The Mighty Ducks returns to Disney Plus there will also be six familiar faces.
Sneak peek photos of the upcoming reboot shows six fan favorites from the original film will be coming back for an episode.
That’s right, Connie, Moreau, Guy Germaine, Fulton Reed, “Cake Eater” Banks, Ken Wu, and Lester Averman will join Emilio Estevez for an episode titled, “Spirit of the Ducks.”
Look for the Mighty Ducks: Game Changers revival to debut on Disney Plus on March 26.
What classic movie would you like to see get a reboot?