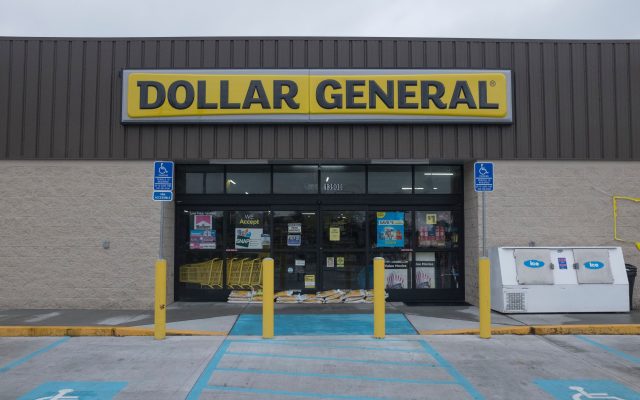 Sand bags lay in front of the main doors of a Dollar General in Plaquemines Parish, Louisiana on July 12, 2019 in preparation for Tropical Storm Barry. - Tropical Storm Barry gathered strength as it chugged toward water-logged New Orleans, which girded for heavy rains, storm surge and flooding that pose a threat reminiscent of 2005's deadly Hurricane Katrina. The weather system, which has already caused major flooding in the low-lying city, is expected to reach hurricane strength Friday or early Saturday when it nears Louisiana's coast, according to the National Hurricane Center (NHC). (Photo by Seth HERALD / AFP) (Photo credit should read SETH HERALD/AFP via Getty Images)

No wonder I love them!!!!!!!
About 45% of the nearly 3,600 store openings announced so far this year are from Dollar General, Dollar Tree, and Family Dollar.
That’s according to the latest figures from Coresight Research.
Retail analysts say the rapid growth of dollar stores started before the pandemic, but have picked up steam in the past year.
What’s the best thing – that you still use – that you’ve found at a dollar store?