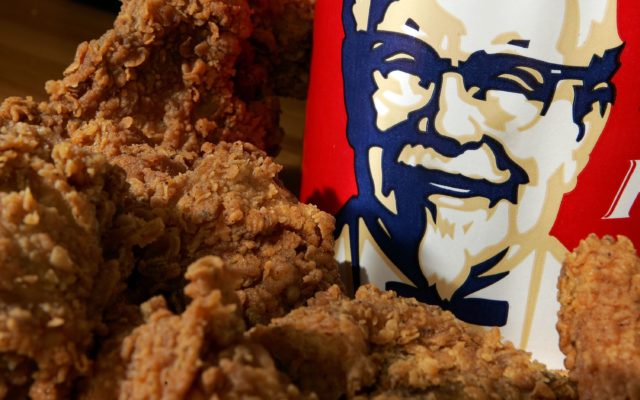 SAN RAFAEL, CA - OCTOBER 30: A bucket of KFC Extra Crispy fried chicken is displayed October 30, 2006 in San Rafael, California. KFC is phasing out trans fats and plans to use zero trans fat soybean oil for cooking of their Original Recipe and Extra Crispy fried chicken as well as other menu items. KFC expects to have all of its 5,500 restaurants in the U.S. switched to the new oil by April 2007. (Photo Illustration by Justin Sullivan/Getty Images)

Someone at KFC has quite the food imagination. Introducing tacos with fried chicken shells. Yes, let that sit on your spirit for a minute. Before you run out to your nearest KFC, it is only available in Singapore. It is called the Kentaco. It is a fried chicken shell filled with lettuce, tomatoes and a mix of four different cheeses. What do you think of this food invention?