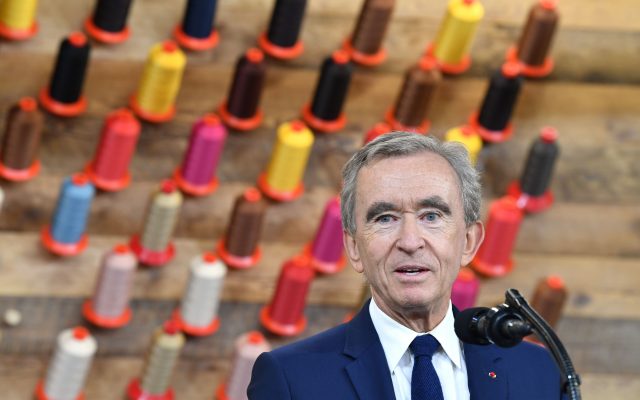 Chief Executive of LVMH (Louis Vuitton Moet Hennessy) Bernard Arnault speaks during a visit to the new Louis Vuitton factory in Alvarado (40 miles south of Fort Worth), Johnson County, Texas on October 17, 2019. - A workshop of the French brand Louis Vuitton will be inaugurated in Texas by Donald Trump, in the presence of Bernard Arnault, CEO of LVMH, who had indicated to the American President in 2017 that he was ready to invest more in the United States. (Photo by Nicholas Kamm / AFP) (Photo by NICHOLAS KAMM/AFP via Getty Images)