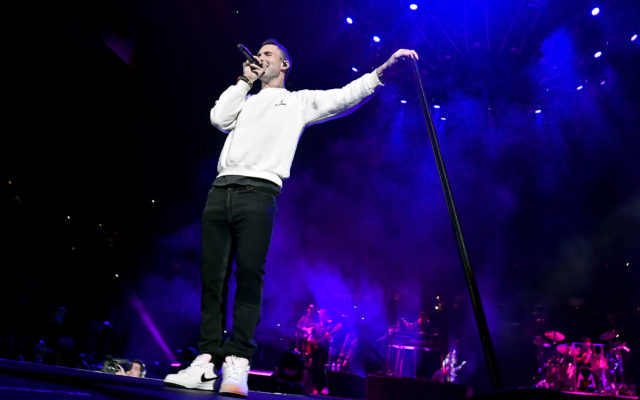 A hilarious social media beef kept fans of Adam Levine and Black Shelton busy over the weekend. The feud began on Friday (July 24) when Shelton noticed that his song with Gwen Stefani, “Happy Anywhere” sat atop the iTunes top-selling chart list only to be followed by Adam Levine’s “Nobody’s Love.” “My god Adam… You are still a pain in my ass!!!!! Go away idiot,” Blake wrote to Adam Levine, who isn’t a constant on Twitter, however, he did notice Blake’s tweet.  “Eat s— cowboy! I’m coming fo ya,” Levine posted to his Instagram Story. Gwen Stefani then stepped in to defend her boyfriend posting, “[Levine] leave my boyfriend [Shelton] alone!” To which Levine responds, “I will never leave him alone. He was my boyfriend first.” Blake then posted a fake tweet from Levine’s wife, Behati Prinsloo, that read: “Wow… I hate to say it but Blake is way better at this show than my husband. My husband can f— off.” Shelton commented on the post with, “I hope this doesn’t affect their personal lives.” Levine then ended with, “When your grampa discovers he can make fake tweets.” Who do you think has the better song? Adam Levine or Blake Shelton?