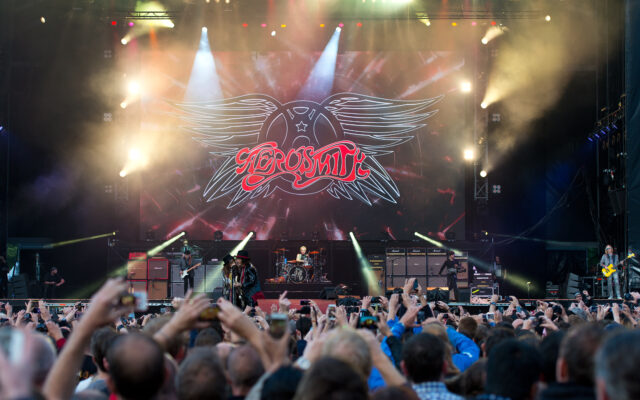 LONDON, ENGLAND - JUNE 28: Aerosmith performs on Day 1 of the Calling Festival at Clapham Common on June 28, 2014 in London, England. (Photo by Ben A. Pruchnie/Getty Images)

The final performances in Aerosmith’s “Deuces Are Wild” residency in Vegas are being cancelled. The band called off its final two shows tonight and Sunday at Dolby Live at Park MGM. A social media post said, “To All our fans – We are so sorry to announce we are cancelling these last two Las Vegas shows. On the advice of doctors, Steven has to sit these out. Stay healthy and we’ll see you in the new year.” The news comes as the group canceled the December 2nd and 5th shows after Tyler became ill unexpectedly. Is it time for Aerosmith to hang it up? Why or why not?