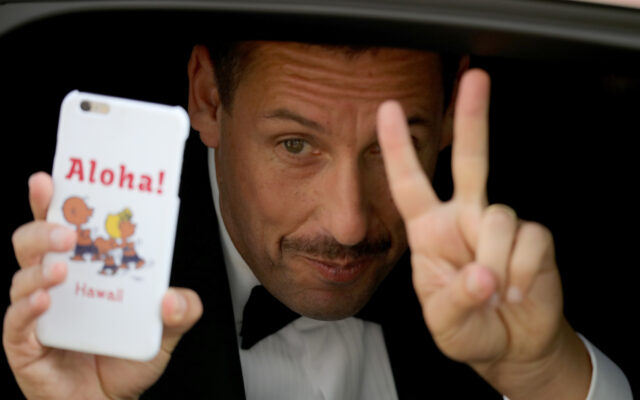 CANNES, FRANCE - MAY 21: US actor Adam Sandler talks to fans from his limousine as he attends the 'The Meyerowitz Stories' screening during the 70th annual Cannes Film Festival at Palais des Festivals on May 21, 2017 in Cannes, France. Celebrities, fans and the movie world have descended on Cannes for this year's festival of the screen. For seventy years The Croisette Boulevard has always been the centre of athe place watch the rich and dandy and people from all walks of life to promenade. (Photo by Christopher Furlong/Getty Images)

Adam Sandler will be awarded the 2023 Mark Twain Prize for American Humor. The award “recognizes individuals who have impacted American society in ways similar to the distinguished 19th-century novelist and essayist Samuel Clemens, best known as Mark Twain.” The Kennedy Center President said, “Adam Sandler has entertained audiences for over three decades with his films, music, and his tenure as a fan favorite cast member on [‘Saturday Night Live’]. . . Adam has created characters that have made us laugh, cry, and cry from laughing.” Other award recipients include Stewart, Dave Chappelle, Julia Louis-Dreyfus, David Letterman, Bill Murray, and Jay Leno. What is your favorite Adam Sandler Character?